A SWALLOW'S BARN
reconstruction and interior design of the old barn 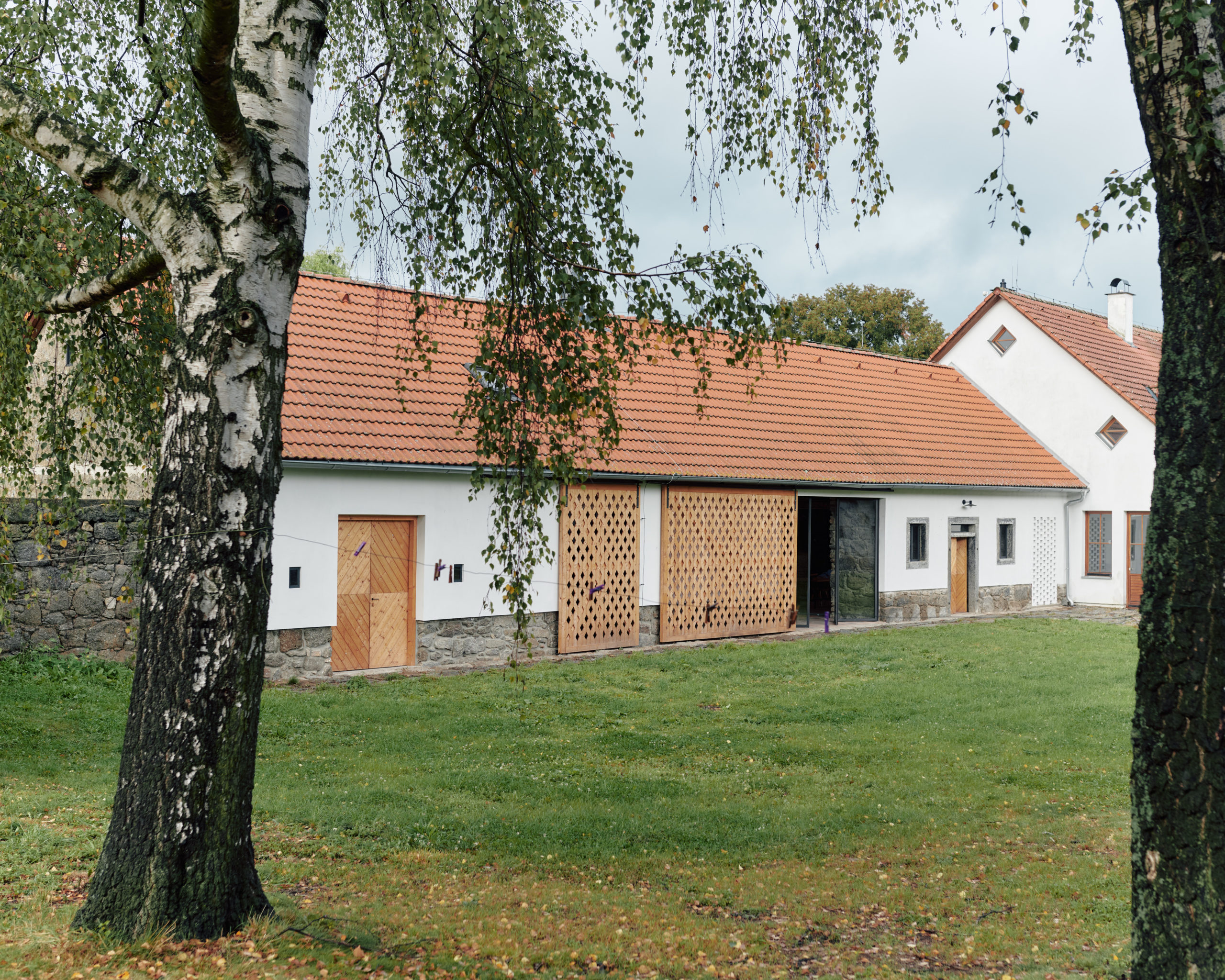 Generous in its simplicity - that is how we would describe the renovation of this barn in South Bohemia. Our goal was to preserve the barn’s original elements in order to create a uniquely atmospheric place where people can meet by the fire. The barn is adjacent to what was formerly a South Bohemian farm consisting of two other houses. The investor’s wish was to create a multifunctional social space that could also be used as a workshop and warehouse. We solved this by keeping the main space open and flexible, and by putting an open fire in the middle. The layout of the space is based on the barn’s original disposition. We preserved the walls that used to divide the individual animal sheds. The facade, too, reflects the original divisions and openings - although we did add new, aesthetically simpler fillings. Some substantial construction work was needed to open the space up and make room for a tool store, workshop and bathroom. 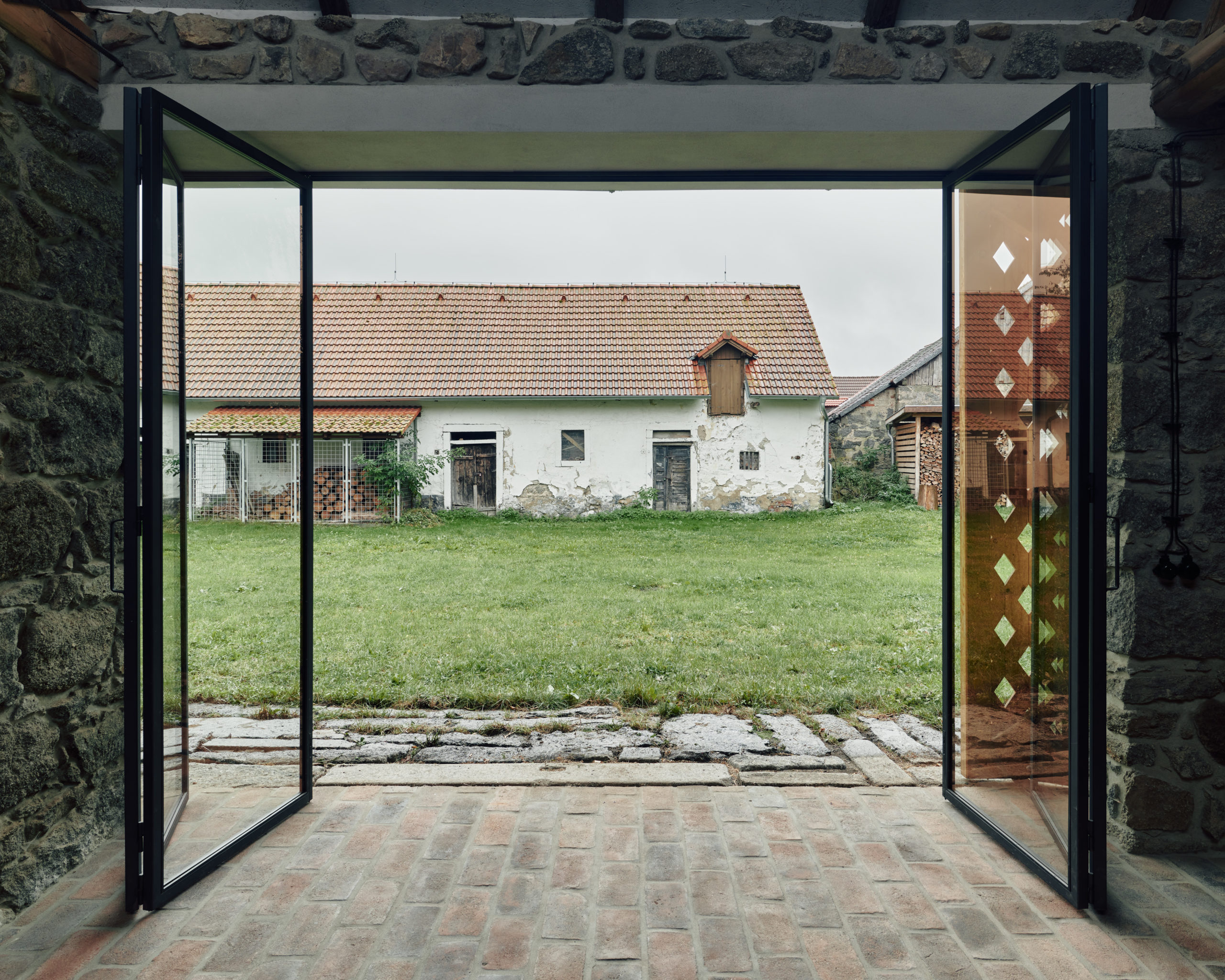 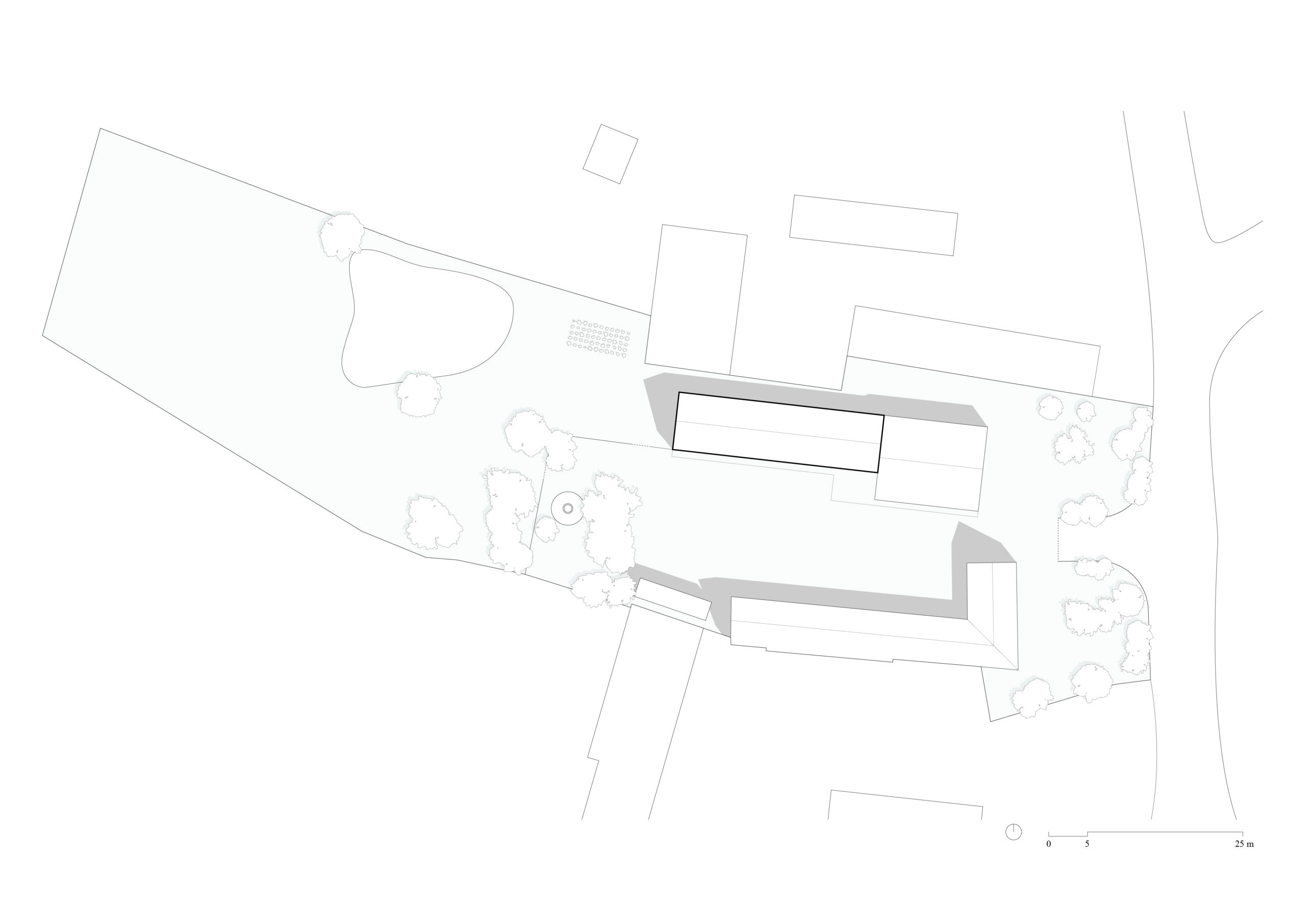 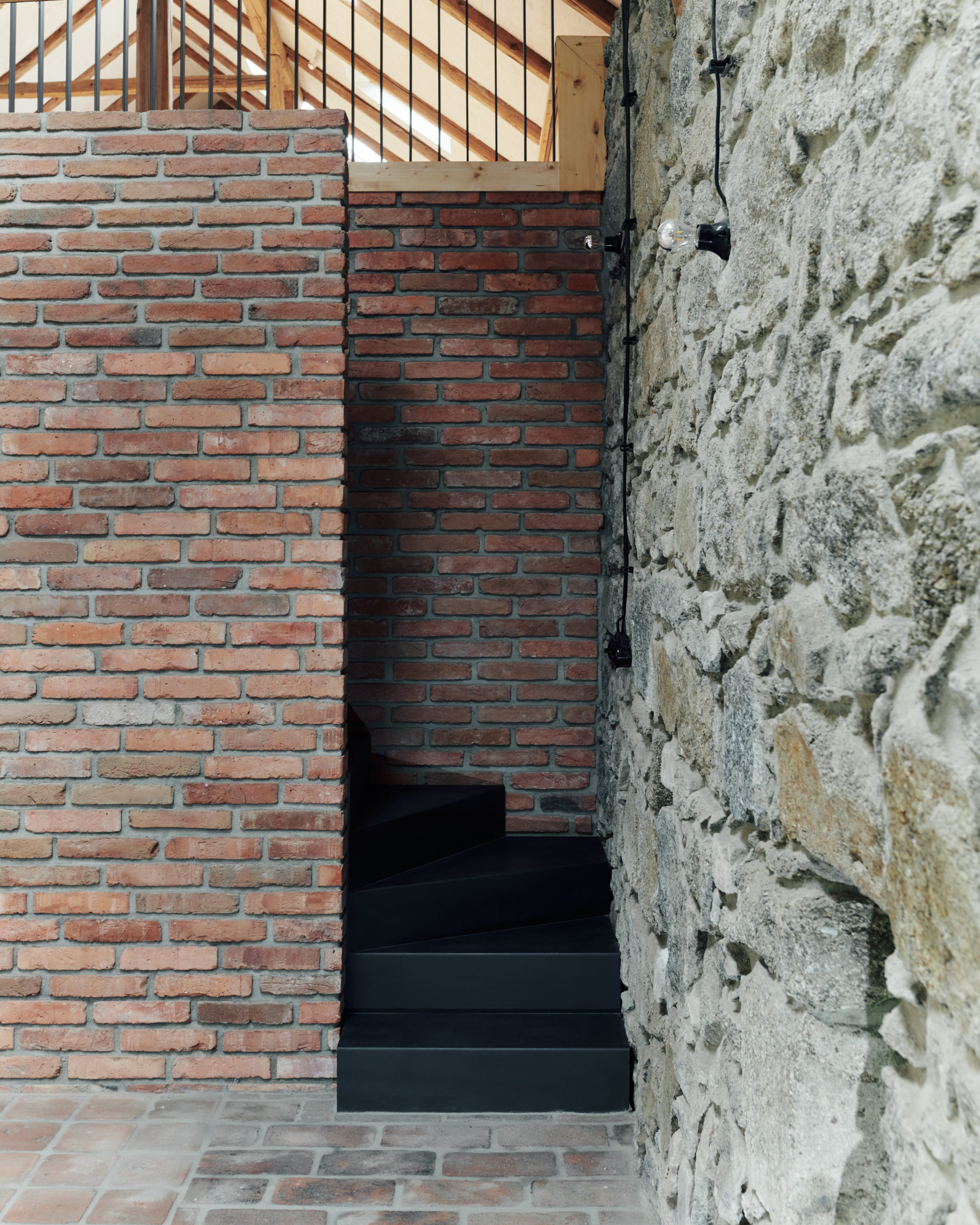 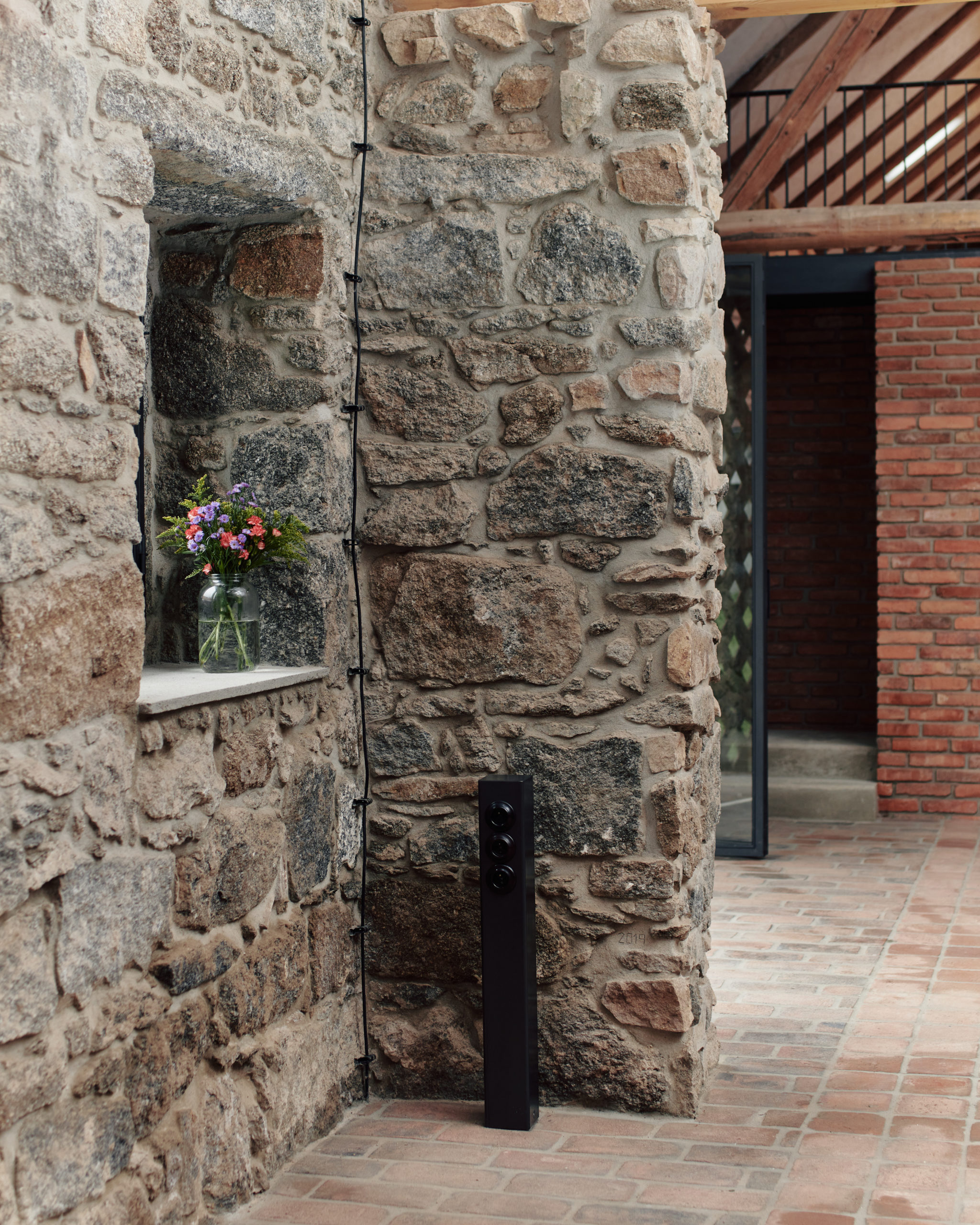 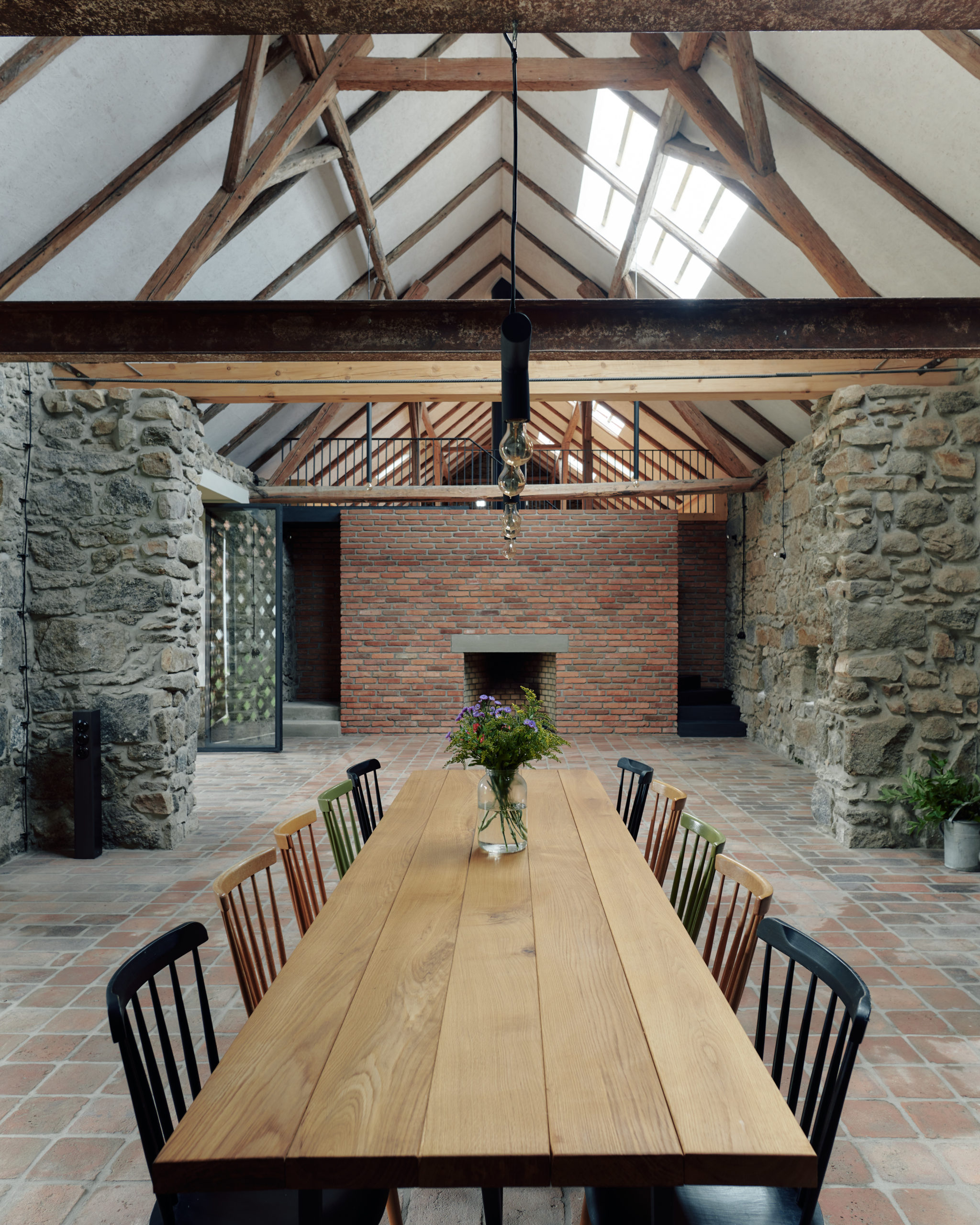 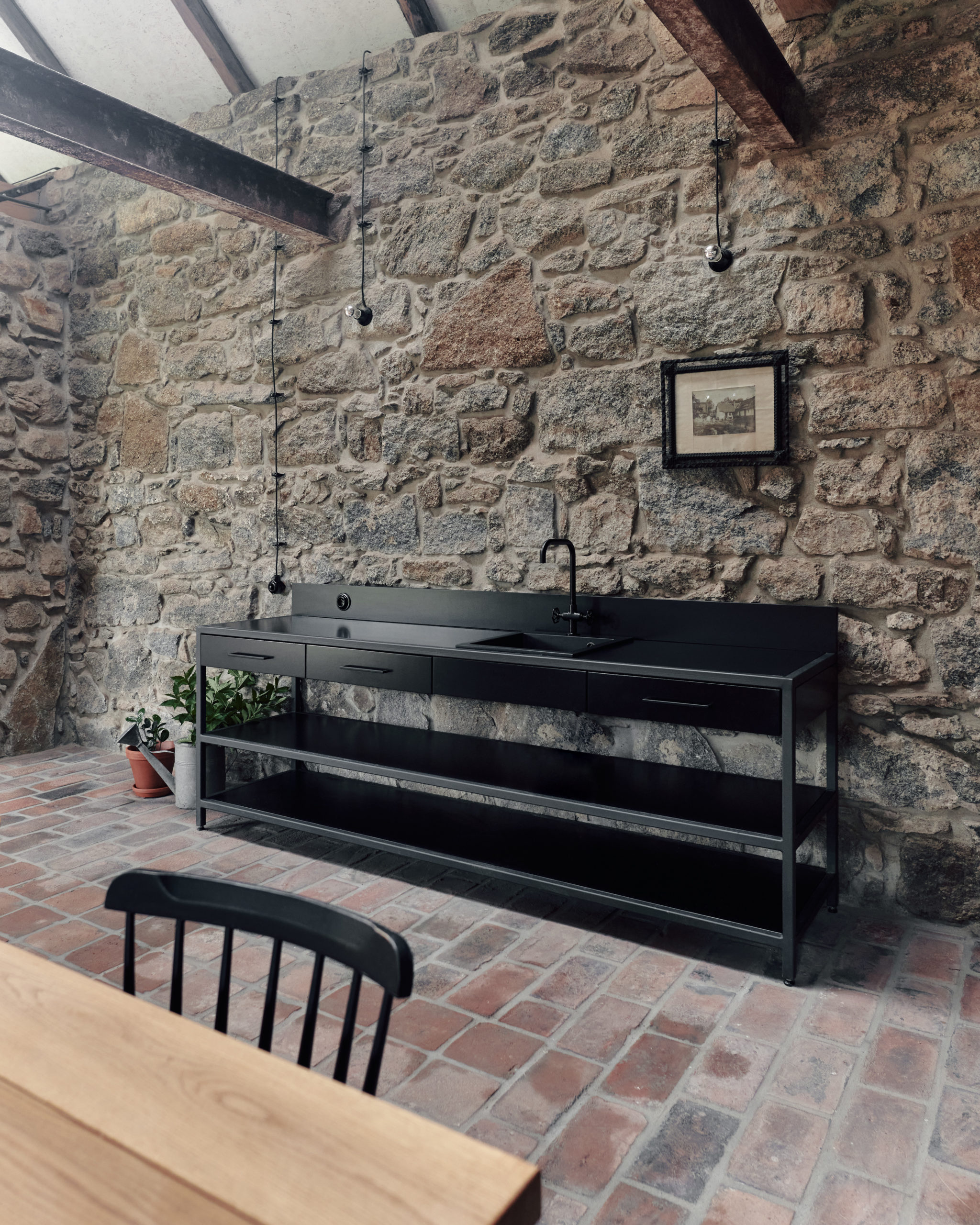 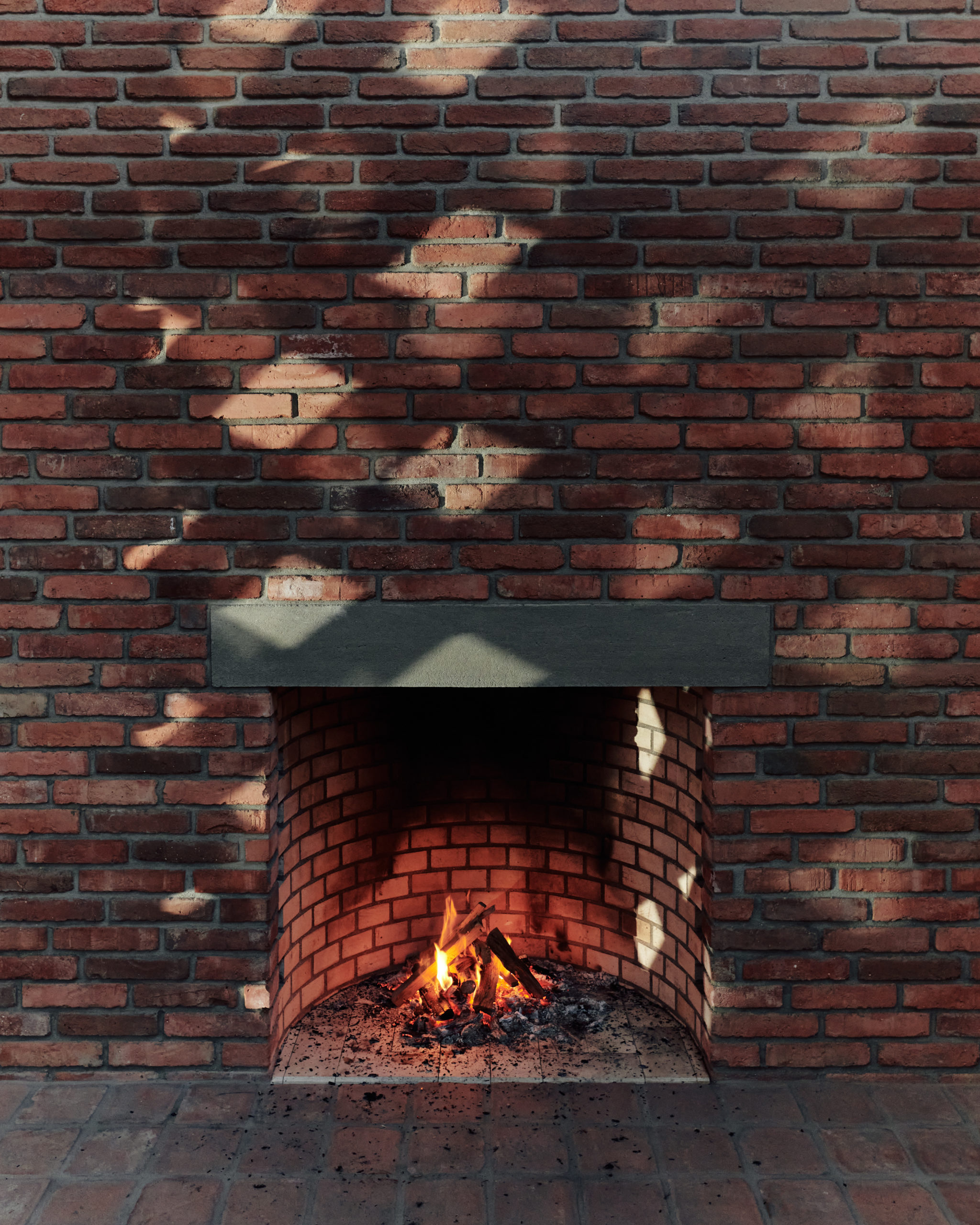 Open fire as a pulsating heart of the stone barn

The preserved stone walls were carefully stuccoed and turned into one of the main features of the interior. The walls contrast with a floor made of upcycled bricks. The barn’s original components and some second-hand pieces are complemented by bespoke fittings and locksmith elements - large and classic windows, central lighting, a staircase or kitchen. To add authenticity, we decided to collaborate with craftsmen from the area and chose a local construction company, blacksmith and cabinet maker as our suppliers.

We brought the constant northern light into the interior through transparent tiles in the roof, while the changing southern light penetrates the interior through large-format windows. Thanks to the perforated sliding door, the owner can easily regulate the intensity of sunshine coming in through the windows. Despite a large number of light fixtures, the artificial lighting is mild in intensity and - thanks to individual circuits - easily adjusted to create the desired atmosphere at night. What has once been a swallows’ nest has now become a nest for people, too - a place where families can gather by the fireplace, dine or just chill under the rafters. 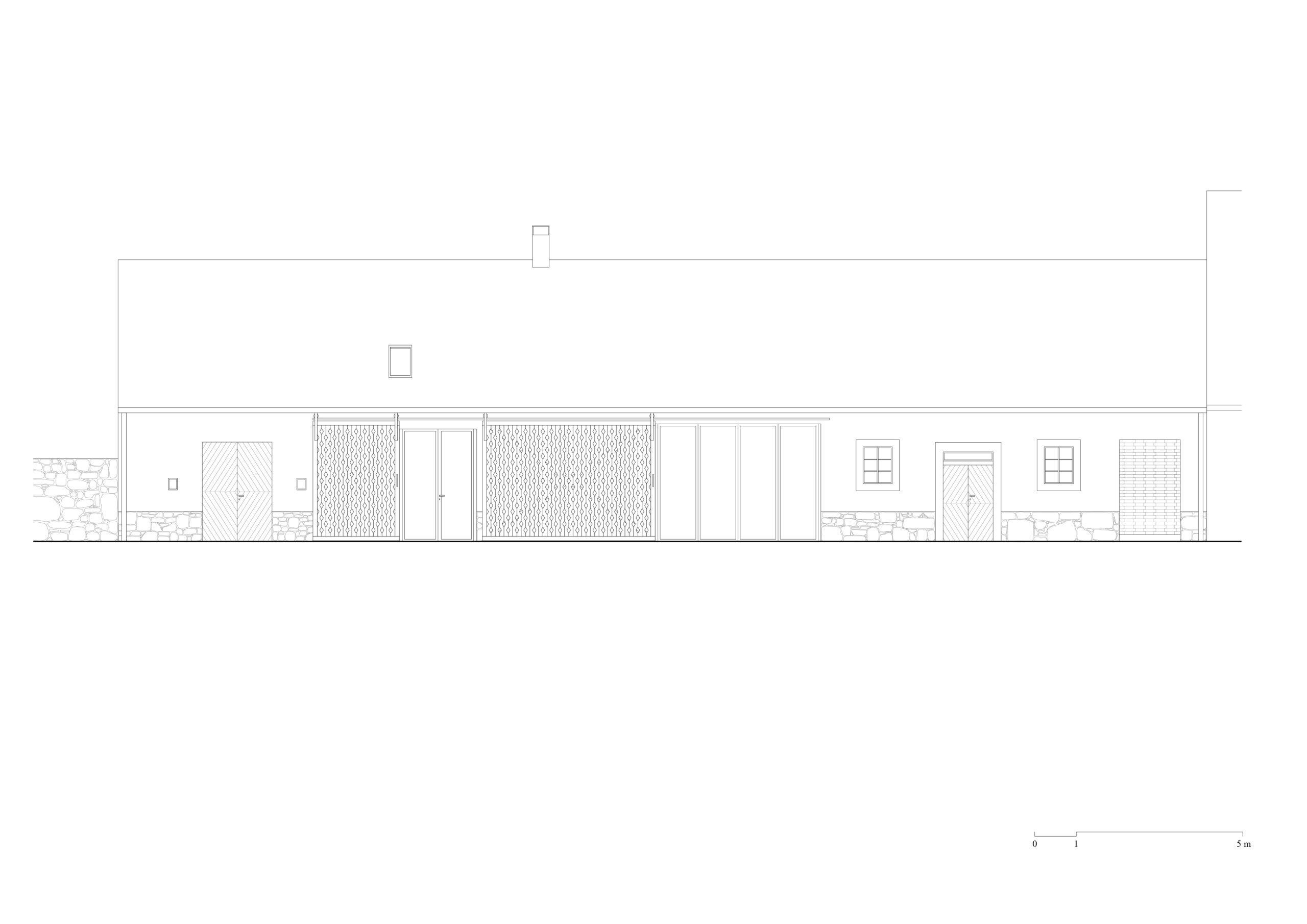 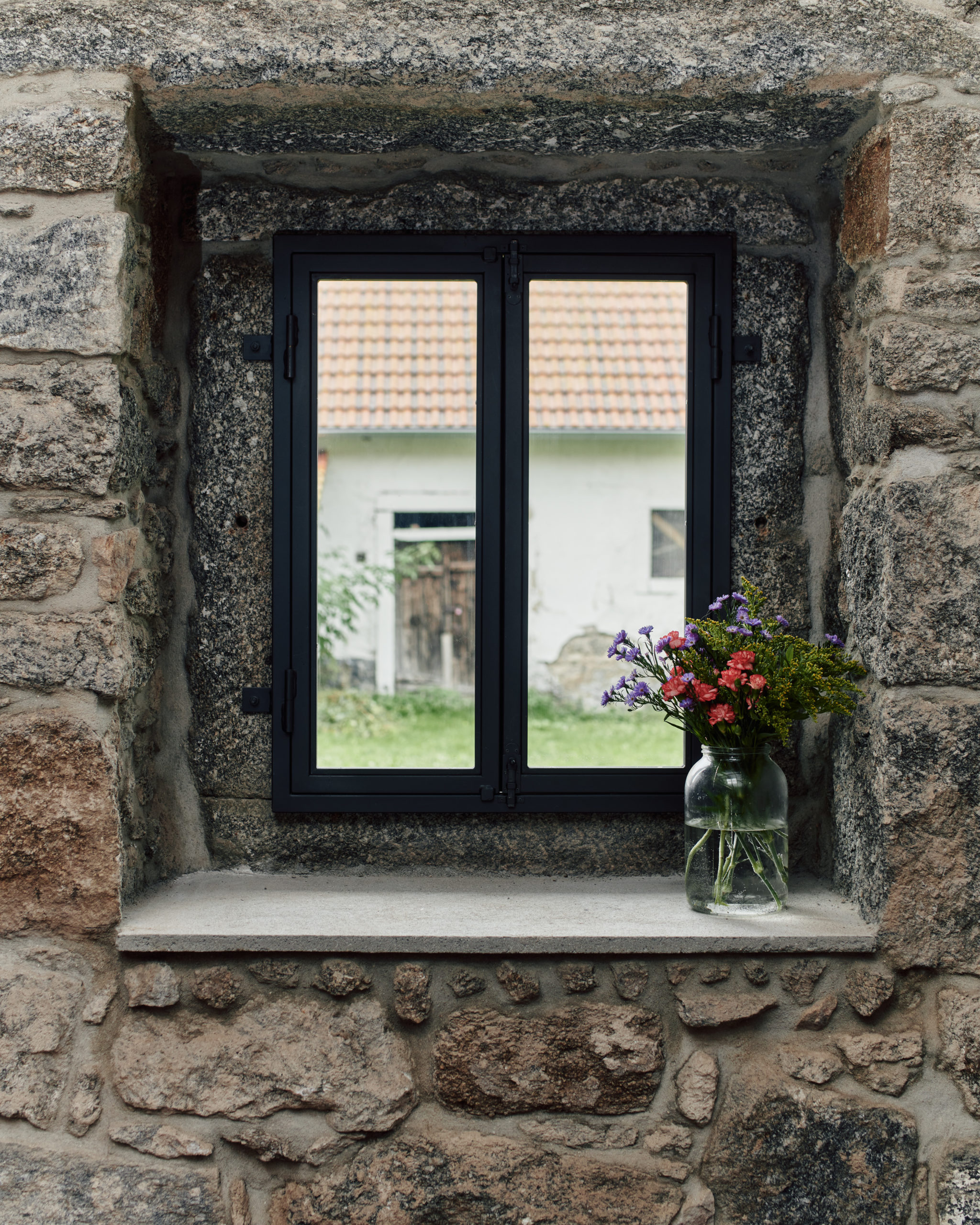 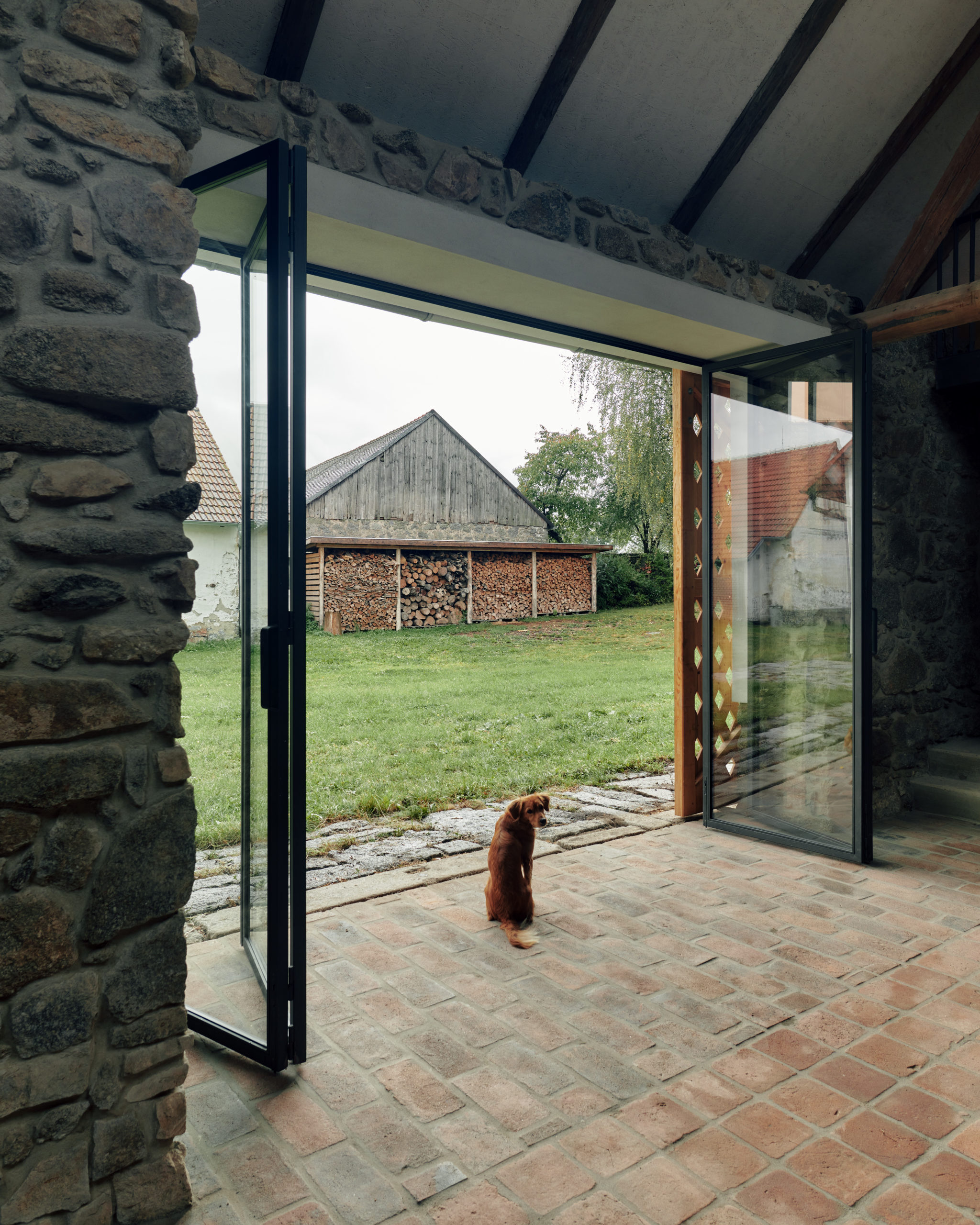 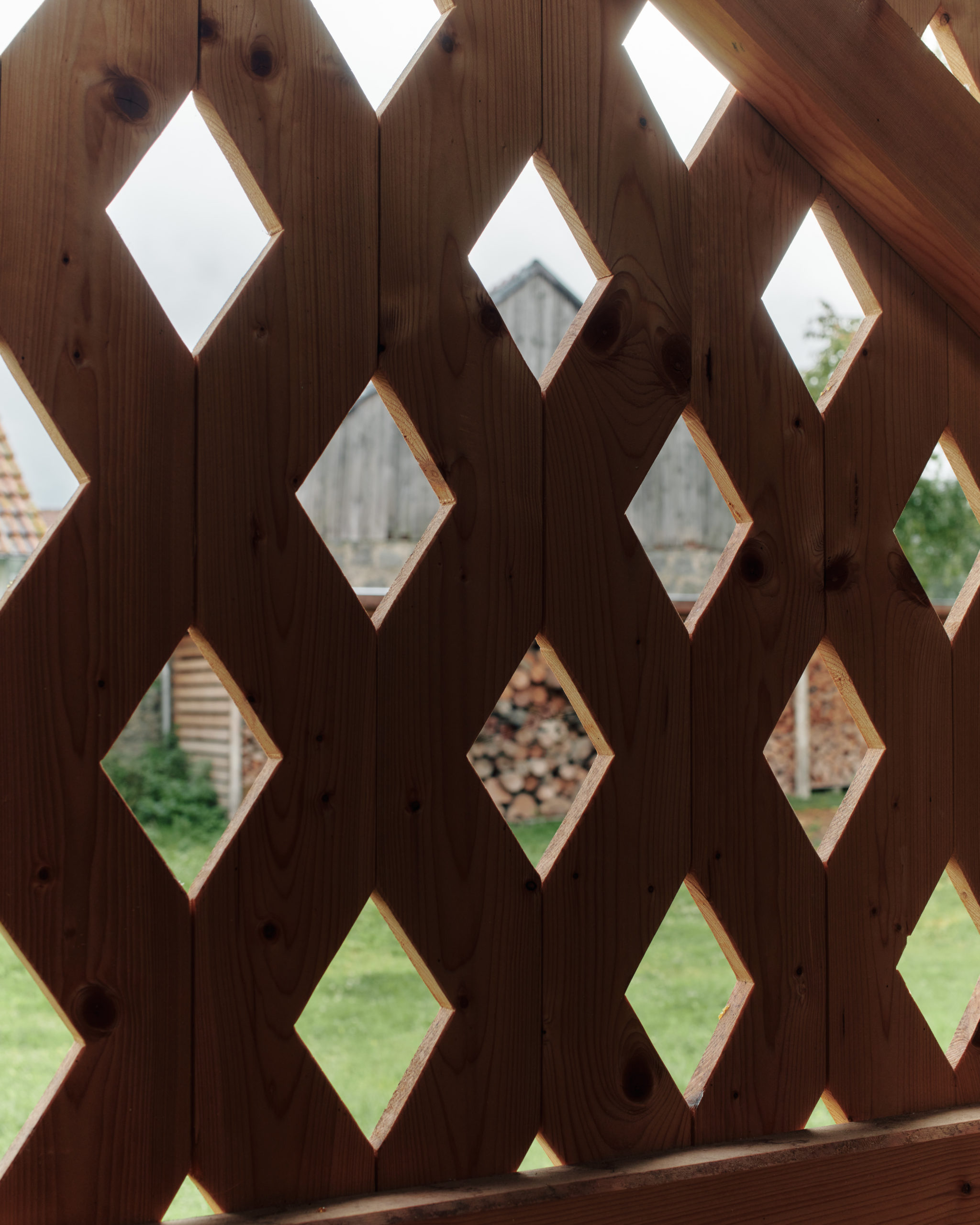 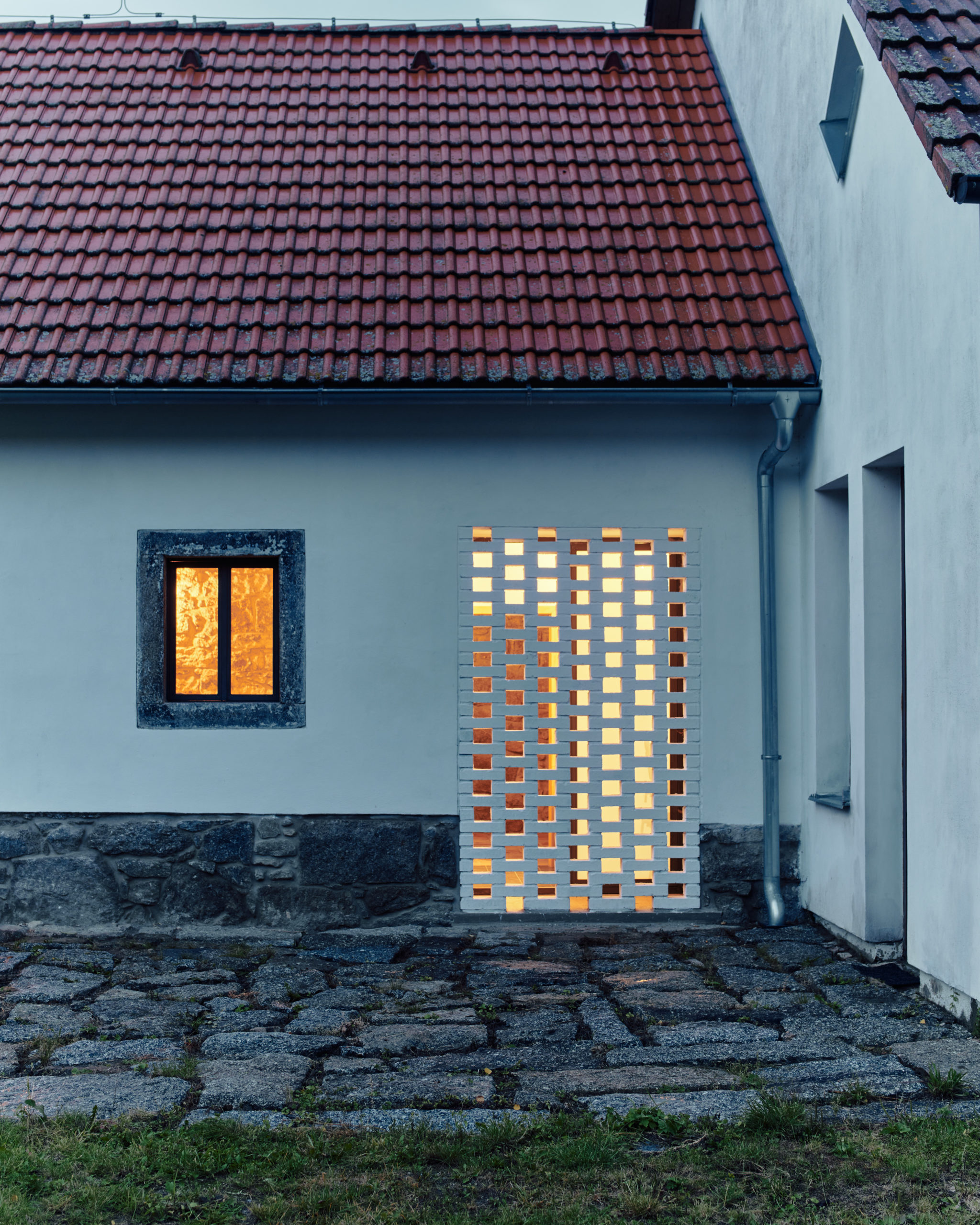 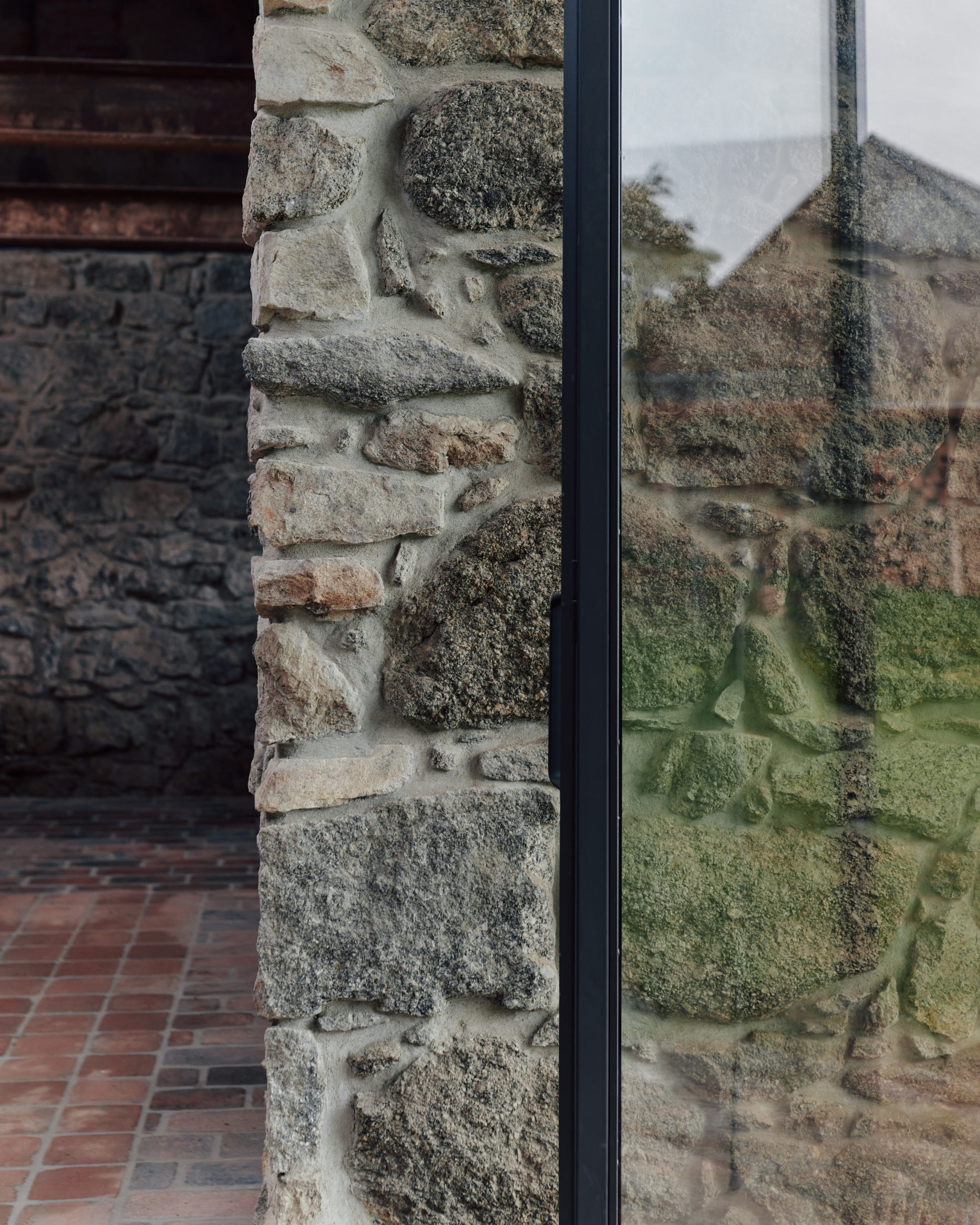 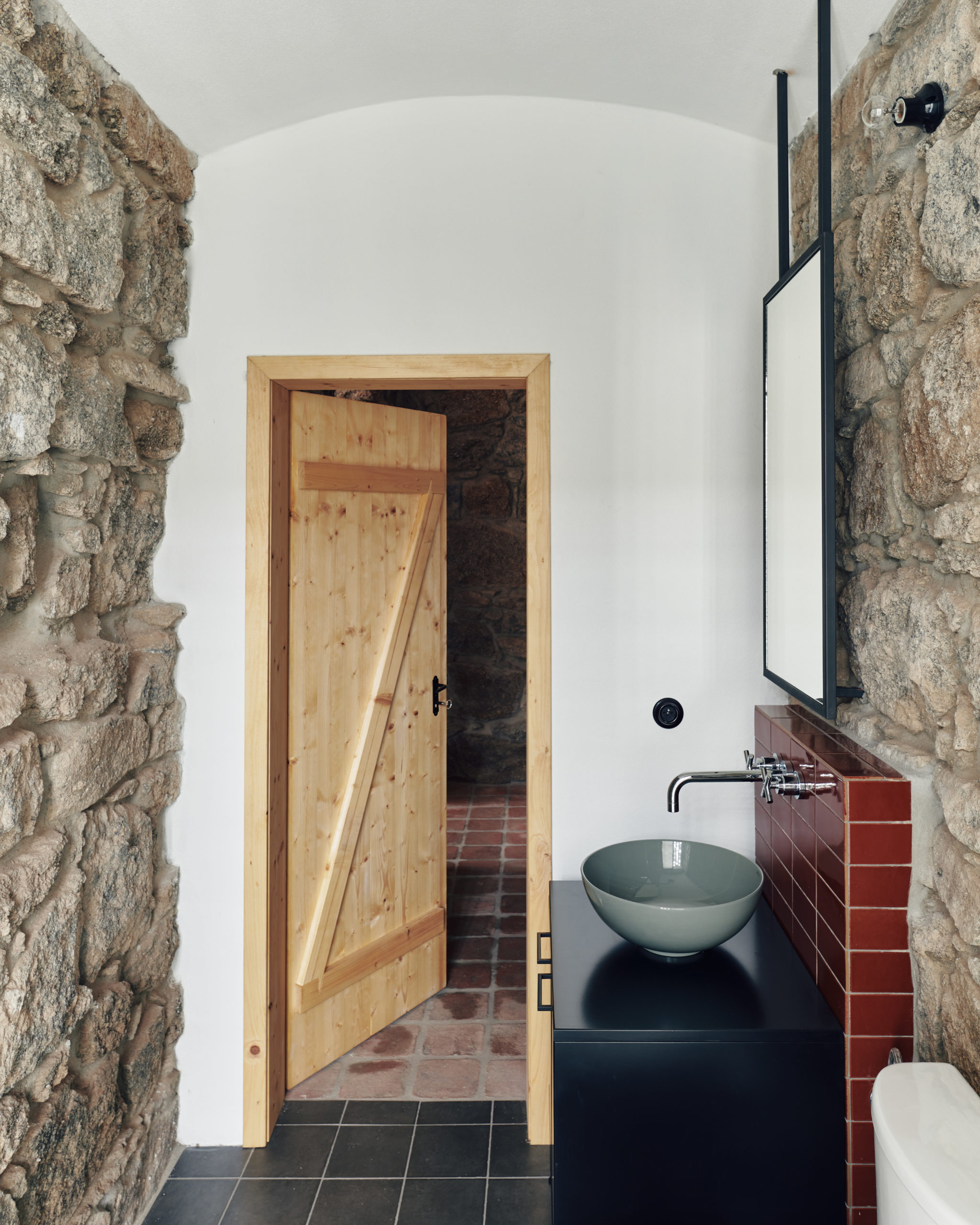 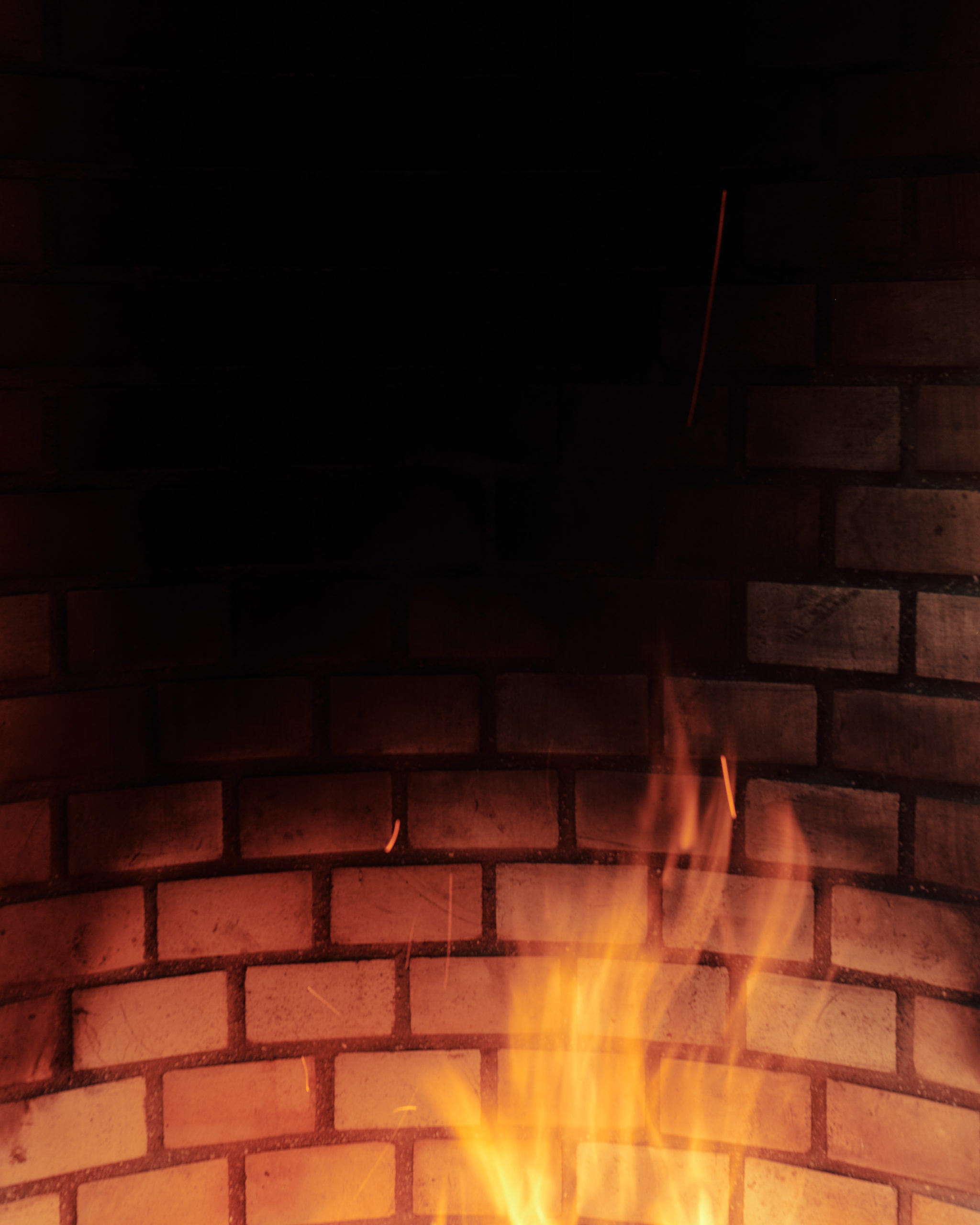 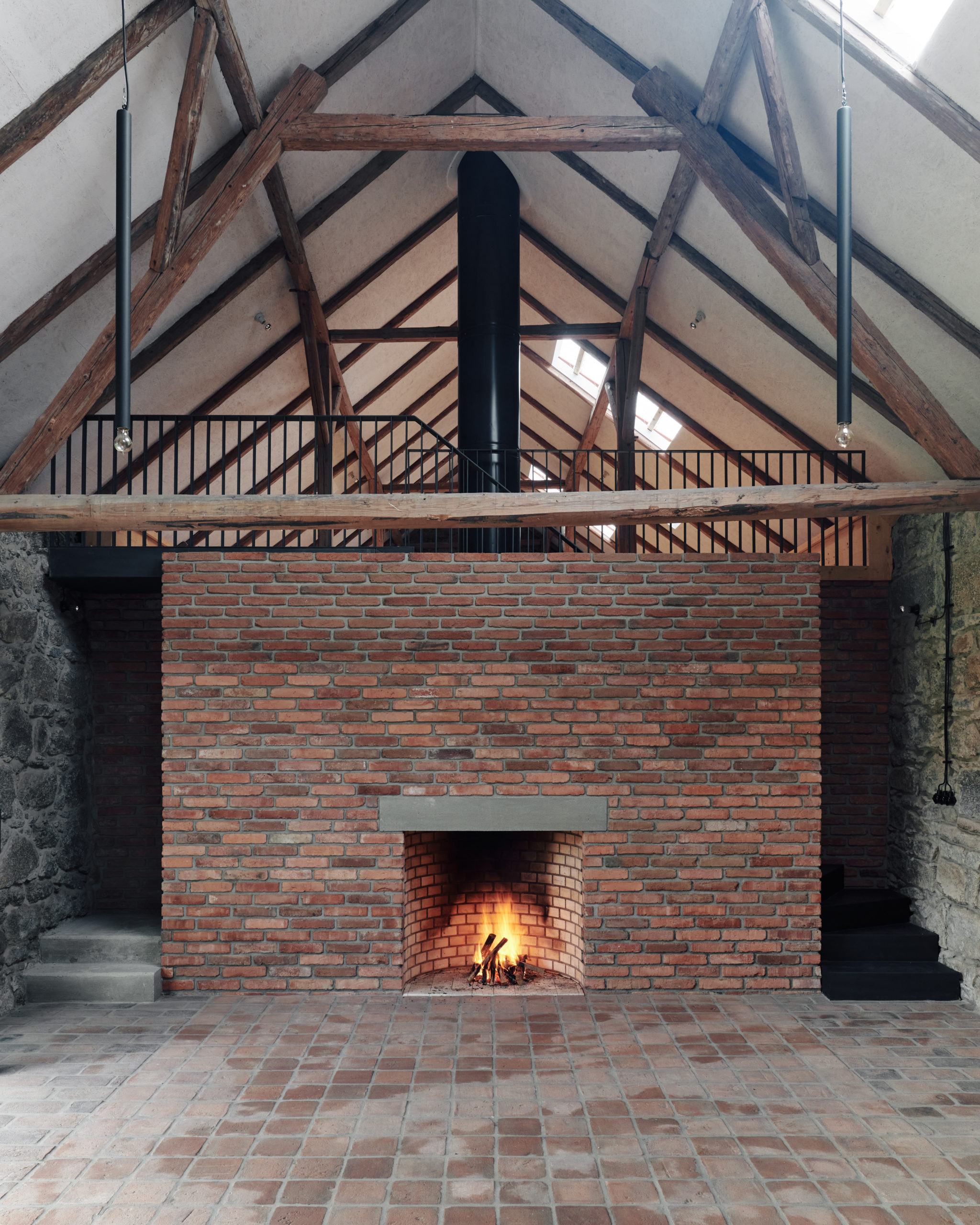 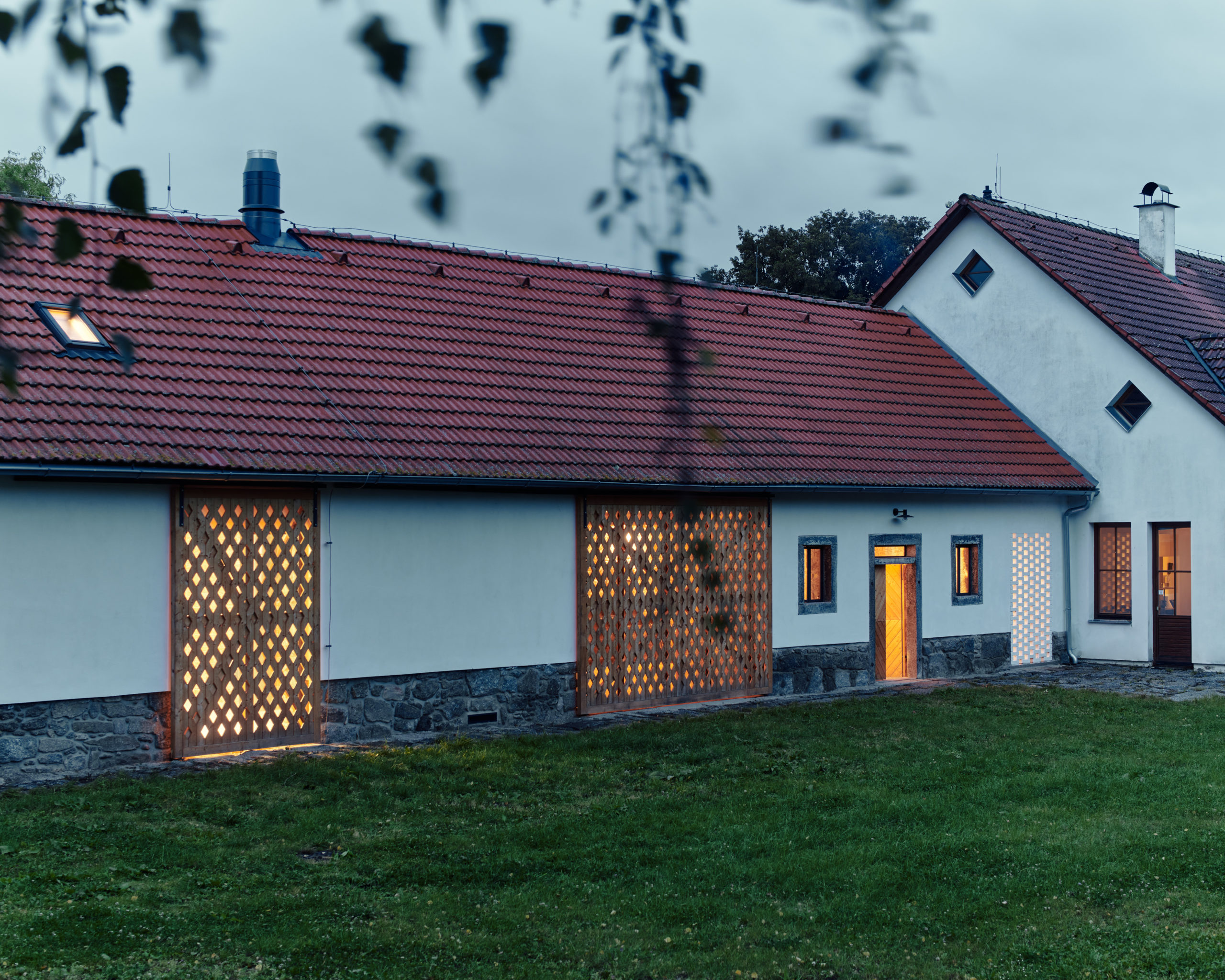 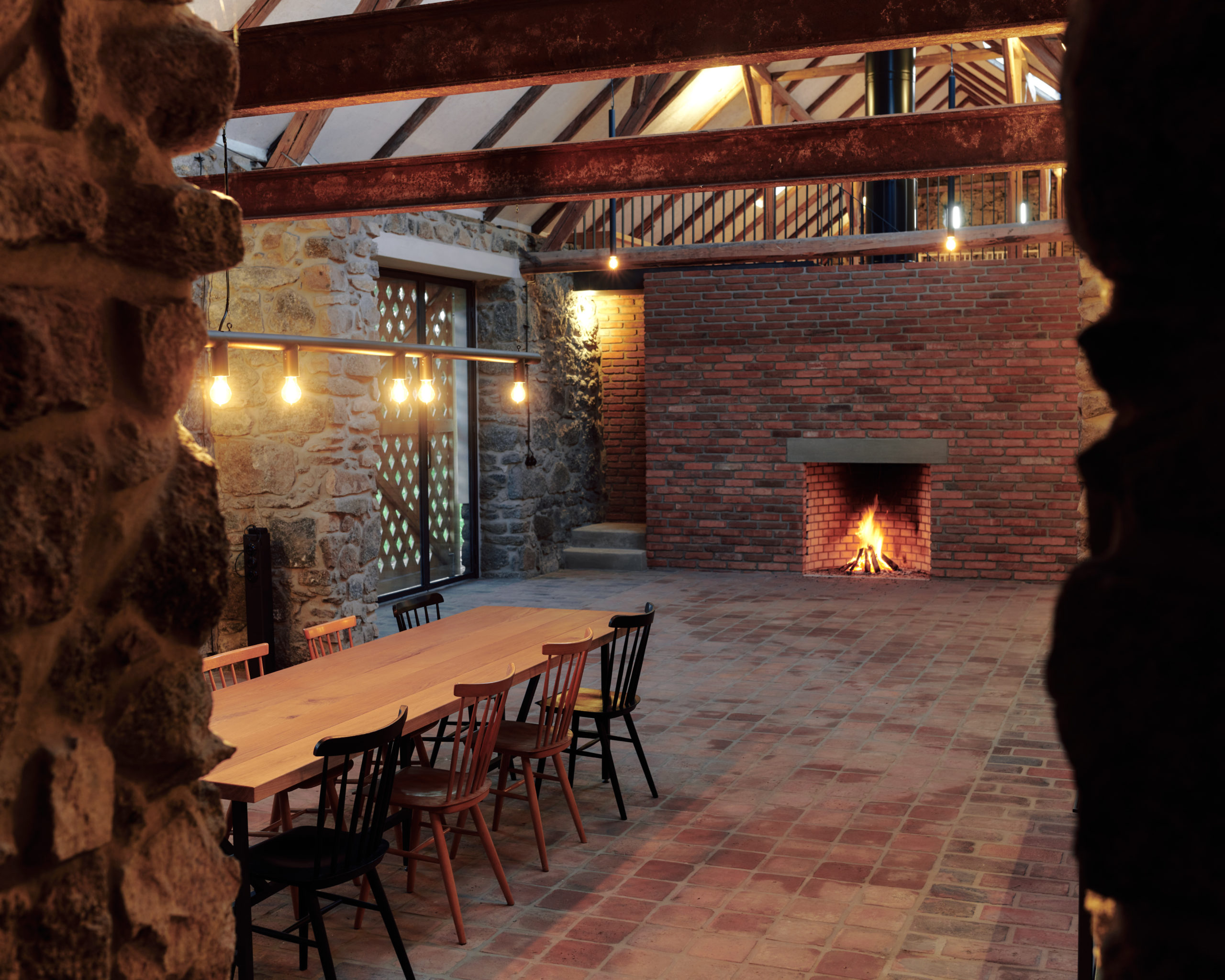 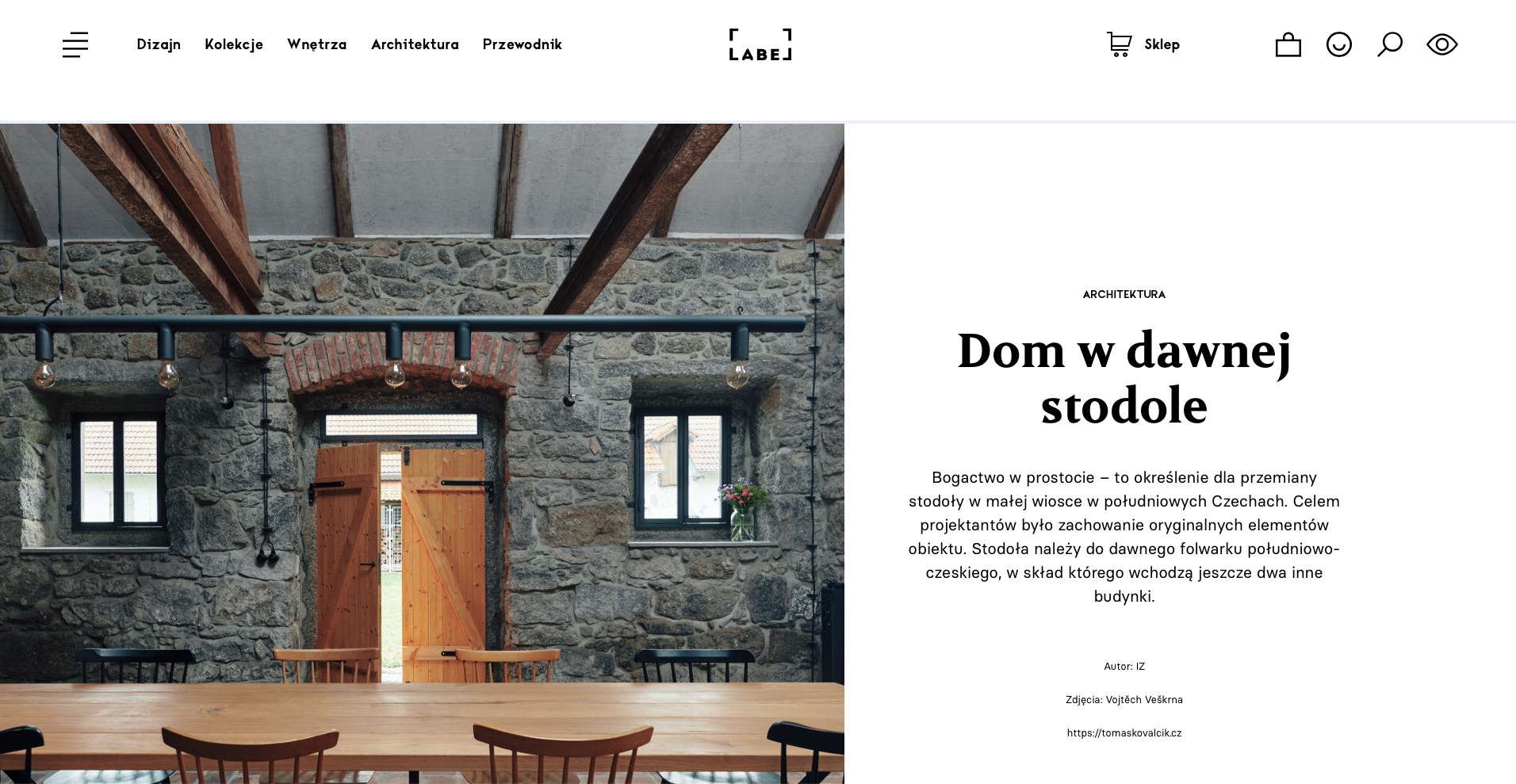 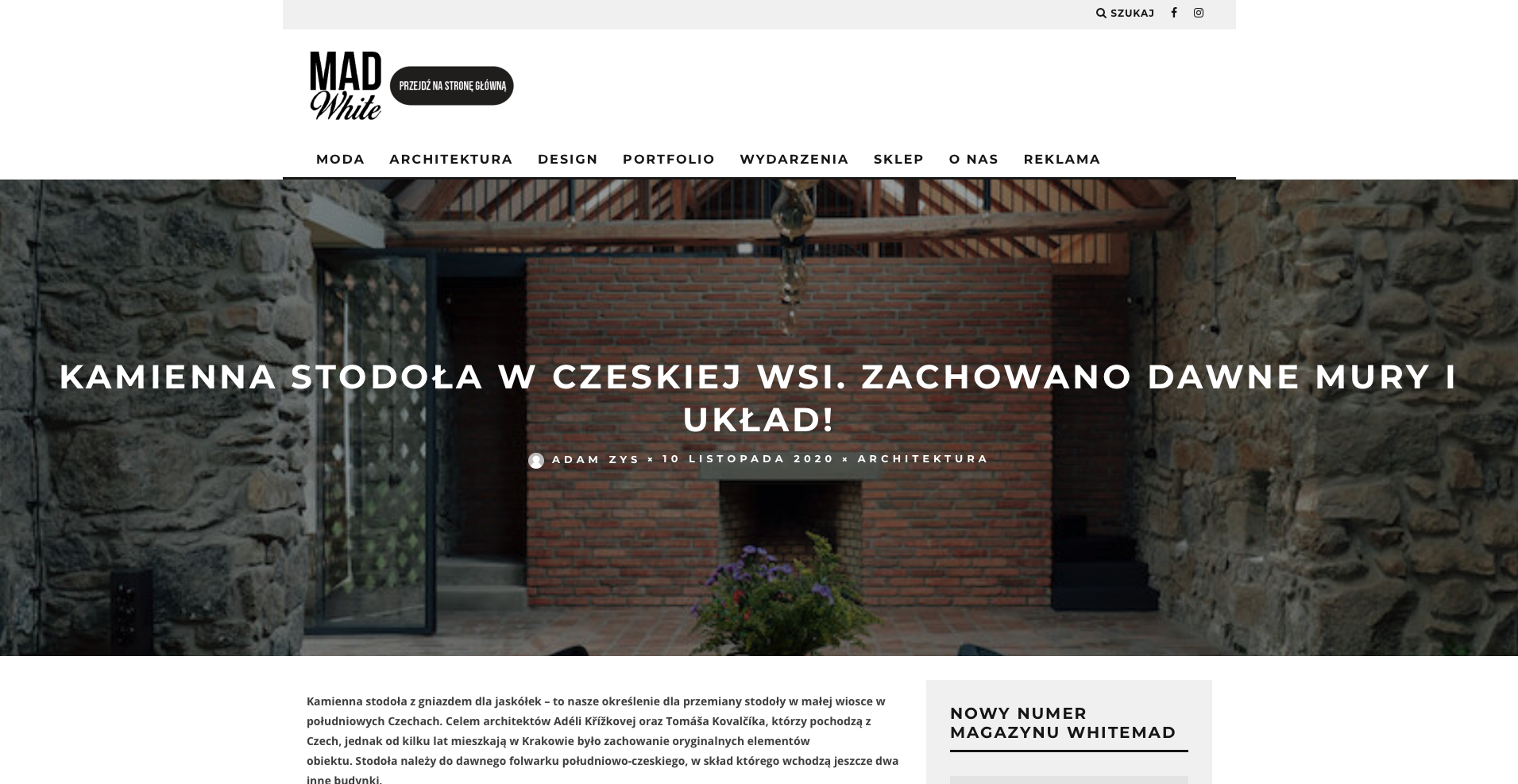